﻿
We officially entered Tibet at km 690. It was a nice feeling to finally be in Tibet. Still a long way to Kathmandu but at that point we were starting to think that our chances to get to Kathmandu by bike were pretty good. 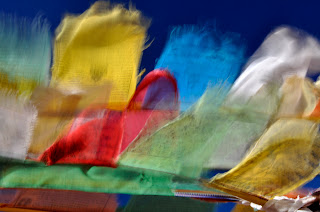 Even tough we were physically in Tibet I never really felt like being in Tibet. The Western road is so different that the Eastern road. I am so glad I cycled the east before and experienced the real Tibetan culture. On the East we had the feeling of really being in Tibet (except for the bigger ugly Chinese villages and for Lhasa of course) with its beautiful villages with traditional houses, friendly Tibetan people, etc. For most of the road on the East there are very little Chinese presence. All the way to Ali I never felt like being in Tibet much. The scenery is outstanding and the riding a lot easier than the eastern route but it still feel like China.


We had to cross our second checkpoint in Domar. After a day of terrible riding on sand and washboard we managed to find a hiding spot to camp few kilometres from the checkpoint! At 3:30am we left and again cycled through the checkpoint and through town in the dark. Dogs were barking right, left and center but they were all behind closed gates! Immediately after Domar we had to climb a pass which we reached at sunrise!

Couple days later I had the worst dog experience in my cyclist life so far! I was chased by two vicious dogs. When I realized they were pretty serious about getting a piece of my calves and were not reacting to my voice I stopped and tried to scare them away but it took a while and few rocks before the last one decide to give up.....I am usually not scare of dogs and have been chased many times to know how to handle but these guys scared the shit out of me!! 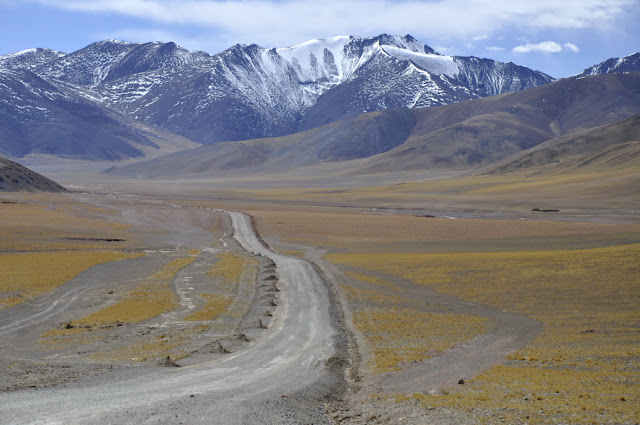 We crossed the last and highest pass at 5,400m QieshanLa (my personal record on a bike!) before descending to lower altitude (4,300m) which makes a huge difference for night temperatures. Still cold but more manageable! 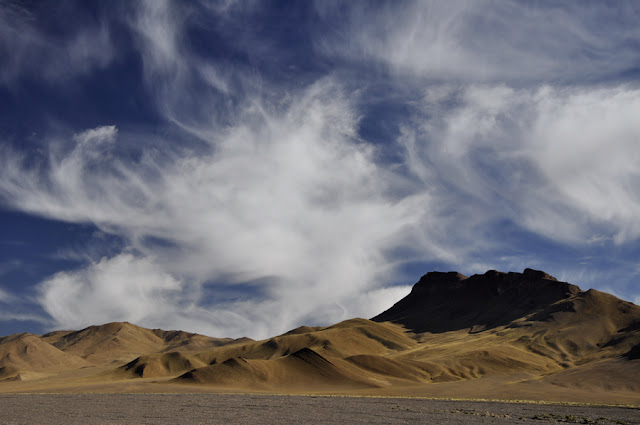 Then we made a BIG mistake. Anne who doesn’t quite have the physical fitness, endurance and strength for this kind of bike trip eventually got exhausted and sick and wanted a night inside to try to recuperate a little. We waited until after dark to get in town, bought some food and we should have left town VERY early but we didn’t. In the morning we were seen by the local PSB and they stopped us at the exit of town. Since none of the officer spoke English they managed to find someone in town with little English and told us to stop at the PSB in Ali. They then phone Ali to let them know we were coming in about 3 days. This was the beginning of the end. I am not sure and will never know if we could have got all the way to Kathmandu if we had been more cautious in Rutog but the fact that we were questioned by the PSB in Rutog definitely contributed to our arrestation in Ali.

Of course when we reached Ali we didn’t go to the PSB! Again we slept before town and cycled through town in the middle of the night to avoid the checkpoint. Everything went very well and we kept going all day thinking we were now passed the half way mark and well on our way to Kathmandu......few hours later at km 1020 on road 219 (1300km from Kashgar) we were arrested by the PSB, driven back to Ali, fined 500 Yuans ($80) and finally returned to Kashgar!

Next episode: a week with the PSB! 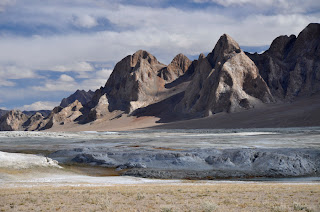 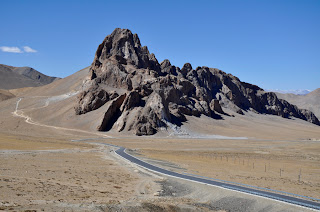 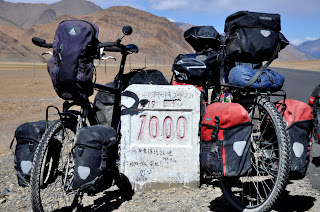 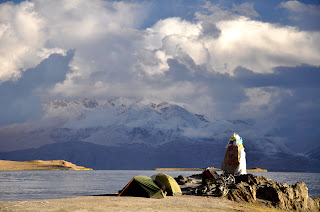 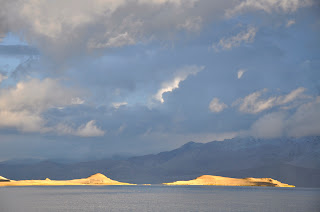 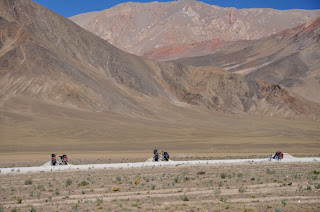 celine, you are ssoooo tough! my hat is off to you! ride safe and bueno suerte, matt

Celine, You are my hero! Your photography is fantastic & your bravery is outstanding. The conditions you ride through are amazing & I am so thankful you are sharing this amazing journey with me!! Just don't wind up in jail somewhere! Stay healthy & have a safe travel home!
Love,
Barb Journault

Celine, You are my hero! Your photography is fantastic & your bravery is outstanding. The conditions you ride through are amazing & I am so thankful you are sharing this amazing journey with me!! Just don't wind up in jail somewhere! Stay healthy & have a safe travel home!
Love,
Barb Journault

What a sensational trip you are on. The imagery is breathtaking. Though, you really must stop getting arrested! That seems to be really putting a crimp ini your plans!!

You guys are just amazing. Wow!!! I wish you could have made it all the way to KTM, I was really rooting for you;)

Nice photos. Cycled that road a few years back when it didn't include cycling checkposts at night. Have no regrets, you did the nicest part.