We had anticipated 3 or 4 days in Kashgar to pick-up some parcels, rest, do some bike maintenance,and update blogs before moving on. Unfortunately we got caught here waiting for the parcels, which took a lot longer than anticipated. I was starting to get really "antsy" to get moving. I needed to "get out of here" and go to the mountains!!

As a diversion we set off for a 3 day side trip to Karakul Lake, which is 200km from Kashgar, on the Karakorum Highway (road to Pakistan). Since we had to come back to Kashgar and didn't want to cycle the same road twice, we hired a pick-up truck to take us there with the intention to cycle back.

Karakul Lake is a real heaven compared to Kashgar. Located at 3,700m the air is fresh, its away from the city noise and surrounded by many high altitude snow capped peaks. It was just what I needed... my mountain "fix"!
While planning this trip I was very excited by the idea of cycling just below the famous Muztagh Ata. A magnificent 7,506m peak. It is very impressive because it is located really close to the road. We got dropped off at the lake and Pierre and I cycled to the pass (4,000m) and back, it was a nice 60km ride with breath-taking views of the mountain . 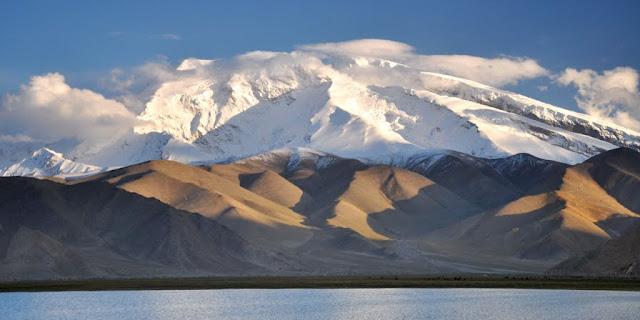 We stayed in a yurt (a portable, felt-covered, wood lattice-framed dwelling structure traditionally used by nomads in the steppes of Central Asia) close to the lake. A few Kyrgyz families live in the area where they offer yurt stays in the summer. We had planned to cycle back to Kashgar the next morning, but I could not bare the idea of leaving this heaven, so we decided to stay an extra day before returning to the city! 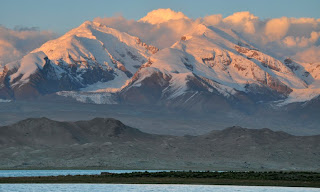 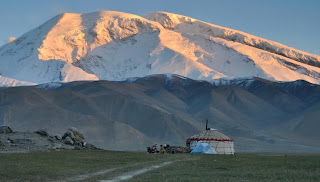 While we were there, the father and son slaughtered a sheep to celebrate the end of the Ramadan. I had never seen this before, I was just returning from a walk when I saw them holding on to the sheep, a knife to its throat, ready to slit the sheep's throat.

We were given a "fresh" piece of sheep liver at dinner time that night!!!! 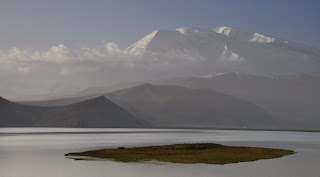 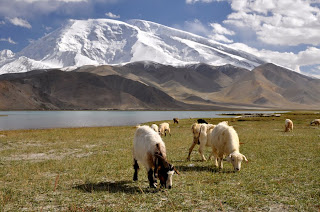 The same evening, while sitting with the family, the father asked me if I was a doctor. A few minutes later I saw the mother mixing a solution and getting an intravenous kit out. Her son explained to me that he was being treated for some sort of infection, and the doctor had given them the kit to do it at home... I could not believe it. I was very worried, but he then told me this was the forth evening he had received the needle from his mother, and that she was a good "doctor". After a couple of misses she finally got the needle in a vein.

While I was doing some morning photography around the lake a young boy with his two camels came and offered me a camel ride! He was on his way to work at the tourist station not far from there. Chinese tourists come here by minibus, take a few pictures and some go for a camel or horseback ride. Since I had never been on a camel I decided to give it a shot!! After 5 minutes I had had enough -- it is not very comfortable. I prefer a bike !!!

The next day I procrastinated until 11AM before I started riding towards Kashgar! I cycled the first 70km, which was really nice, but then at the police checkpoint I ended up hitching a ride back to Kashgar with some Chinese people!!! It was well worth it to "cheat" a little, to have a wonderful extra day in the mountains instead of cycling the outskirts of Kashgar!

I was reading the description of the Muztagh Ata mountaineering route and now that I have seen it and I am dreaming of an ascent. It is not a technical climb but still not an easy task, due to the challenge of the high altitude, strong winds and cold temperatures. Maybe I could interest some friends from the Rockie Mountain Ramblers (my hiking club in Calgary) in an "expedition" to the Muztagh Ata for the summer of 2011. Interested anyone? Check it out...
http://www.summitpost.org/mountain/rock/151886/muztagh-ata.html 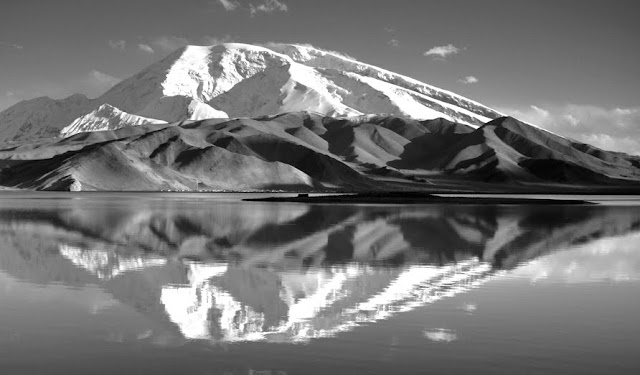 I hope you all had a great summer and I hope you will enjoy this update.

Note: All pictures can be seen on my flickr stream (link below). Only a few selected photos were included in the Blog. From the Flickr page you can select "slide show".
http://www.flickr.com/photos/celine_soulard/sets/72157624938189620/ 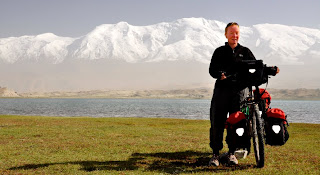