While trekking I met Thibaud a French guy living in Singapore who wanted to go for a couple of days cycling around Kathmandu after the trek before going back to Singapore. Going around Kathmandu in a taxi would make anyone think that cycling there is highly risky or even suicidal! I wasn’t sure about it either to be honest but it turned out to be just fine. We even cycled back into town in the dark at rush hour!!!

﻿﻿﻿﻿﻿
﻿﻿﻿﻿﻿ We had planned a quick stop at Pashupatinath a Hindu temple along the Holy Bagmati river then continue to Bhaktapur for lunch and Changu Narayan for the night ...well the quick stop turned into 3 hours observing cremation ceremony. I never had the chance to see such a ritual so it was a very interesting experience.


﻿﻿﻿﻿﻿﻿﻿﻿
﻿﻿﻿﻿﻿﻿﻿﻿I truly enjoyed riding in Nepal and get to know Nepal outside of trekking area. One of the place I enjoyed the most was the village of Bandipur. It is a small heaven perched at about 1100m on a mountain ridge between Kathmandu and Pokhara and has the most amazing views of the Annapurna range. To get there an 8 km steady climb with section at 16%! Super nice. This is not uncommon in Nepal. The Himalayas foothills don’t get snow so steep climbs are plenty! I came here for a day or two but after 4 days I still don’t want to leave! All around Bandipur are traditional villages that can be reached on foot only.

In few days I have learned a lot of Nepali. I met Mukesh and his friend two very nice kids who were thrilled about teaching me some Nepali before and after school. They were also keen badminton players. I enjoyed very much playing badminton in the street with them.


Each morning I watched women walking across the village to a construction site with on their back a basket loaded of bricks. I don’t know how much a full basket of bricks weigh but it’s got to be damn heavy. Women of all ages in Nepal work so hard. They work in the fields, carry loads, look after the house, the animals and rise kids.
﻿﻿﻿ ﻿
﻿ ﻿﻿﻿One day on my walk to a village about one hour from Bandipur I got “invited” by 3 women who were working in the field harvesting the millet. After exchanging few worlds and many smiles I asked if I could help them. First they didn’t think I was serious but after a quick crash course on how to do it I spent the rest of the day working with them. We sang, laugh, they thought me some more Nepali words and at the end we shared some food sitting in the field just before sunset and of course we had some Chang (a homemade alcohol !!)...well I had a small glass and they had a big jar each!!! 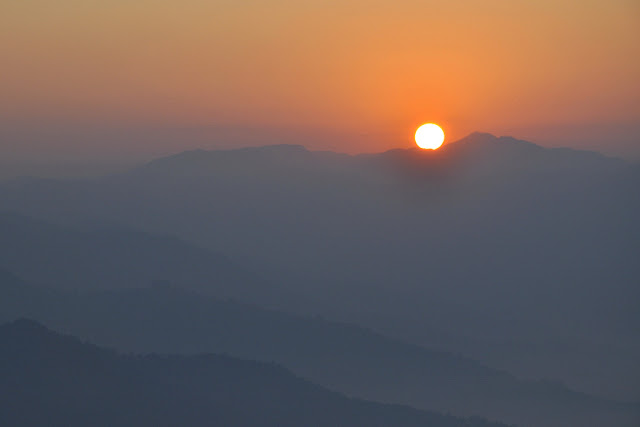 ﻿﻿﻿After cycling the foothills I went to the south part of Nepal, the Terai region. I spent a few days near the Chitwan National Park. I had the chance to meet Raj a very knowledgeable bird watching guide. I really wish I had my 300mm 2.8 with me that day. Nepal has some 800 species of birds. It is a great place for bird watching. On our walk we literally “ran” into a Rhino! We were on a small trail along a tiny lake when all of a sudden my guide came to a stop and told me to back off quietly. Then he pointed out to me this enormous rhino!!!! We were no more than 25 feet away from it. I could hear him chewing on the grass. There are lots of wild rhinos in Nepal and each year farmers get injured or killed by rhinos....we slowly backtracked without the “beast” noticing our presence thank God! We also saw Rhinos in a farmer fields but stayed at a more reasonable distance from it!!! ﻿ ﻿
﻿ 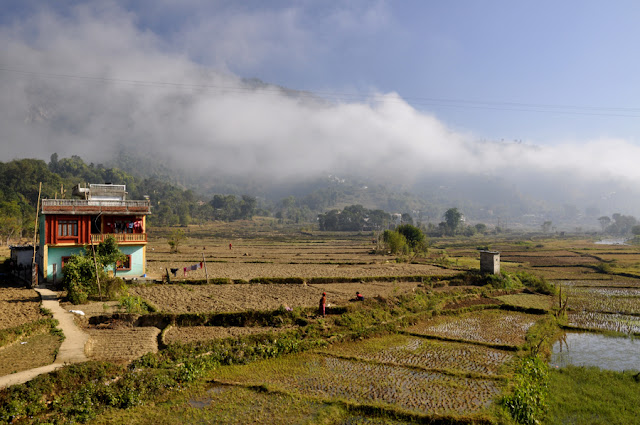 On my way to the Terai I had a quick stop in Pokhara but didn’t really like it. Just another tourist hangout place! Cycling in Nepal was great and very relaxing. I really enjoyed cycling on my own and hope to visit Nepal again for more trekking and cycling. 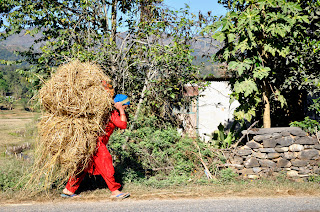 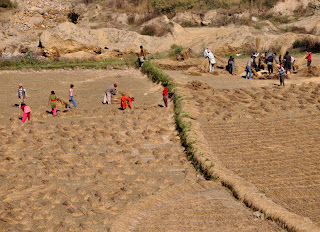 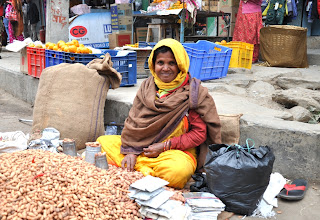 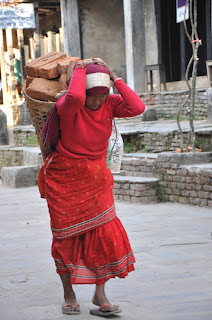 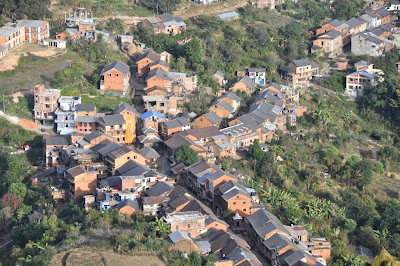 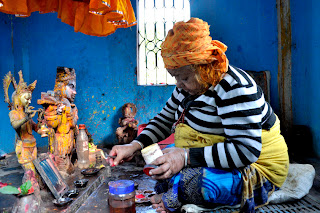 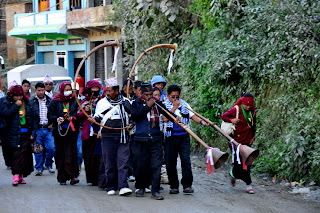 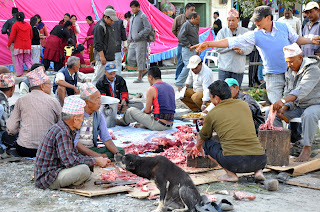 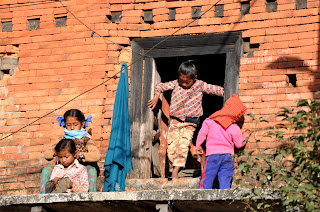 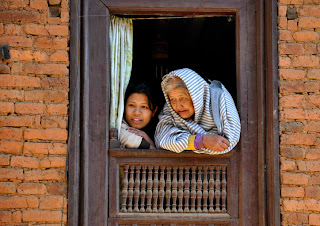 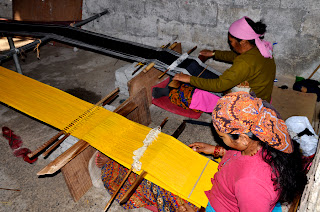 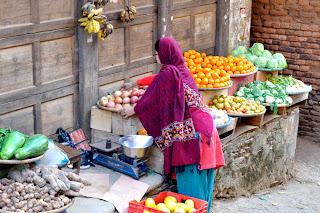 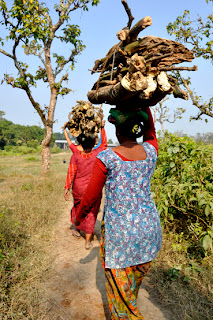 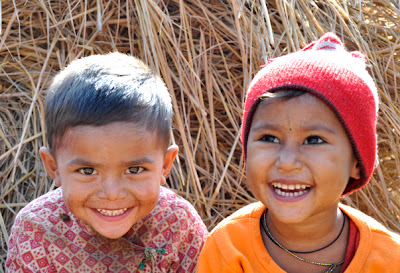 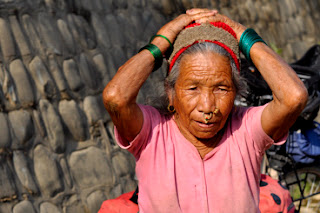 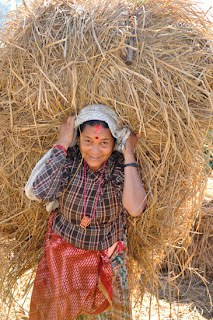 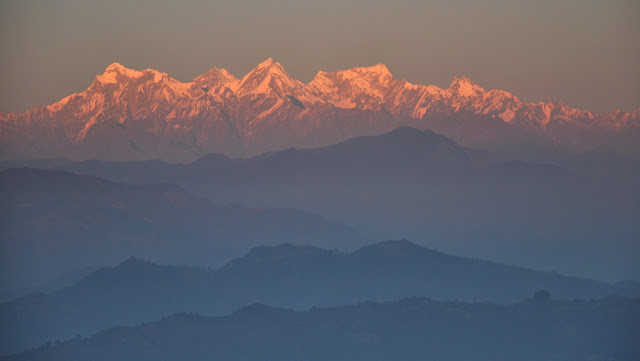 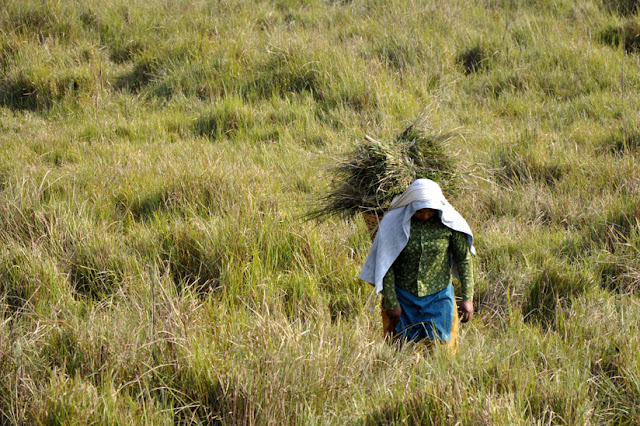